There’s more to what meets the eye when it comes to live sports. You’ve probably watched hundreds or maybe even thousands of games in your lifetime, but there are some things you may never have noticed. So if you’re a true sports fan, pull up a chair because you’re going to want to hear this. Here are seven things you didn’t know about live sports.

Just before we tell you all about live sports, if you’re looking for a great Internet provider or a place to watch live sports, check out Xfinity Residential. They have super fast internet and WiFi coverage that lets you stay connected at all times! And get this, they even allow you to customize your channel package! Okay now on to all you need to know about live sports.

Also, if you love movies and perhaps watching some classics at home, check out Disney+, for a limited time, Disney is offering a bundle with Hulu and ESPN+ for as low as $12.99 a month!

A little useful information just before we get to into it, looking for good prices on sports tickets? Check out TickPick for some great deals on tickets to your sports events!

1.Teams with Red Colors Have an Advantage

This may sound like complete pseudo-science but as a matter of fact it is the opposite. For over a decade, studies have shown that, even when controlling an objectively equal amount of talent and skill, teams are more likely to win if their colors are red. This has been shown to be universal across different sports, including football, baseball, and more.

The logic behind this strange but true theory lies in how our evolution responds to certain colors. Red is associated with danger and aggression and can elevate the heart rate. The color red essentially invigorates the team and gives them the extra boost needed in a “fight-or-flight” scenario.

It works for viewers as well. Judges and audiences tend to see athletes as more “aggressive” and therefore more likely to win if they are wearing red rather than, say blue or yellow. Have you been rooting for teams that wear red lately? You could be one of the many people who subconsciously find the color red invigorating.

Are you a fan of a red jersey team? Or a specific team overall? Check out Steiner Sports and represent your favorite sports team with one of their jerseys!

2. Less and Less People Use a Television to Watch Sports Live

It’s no secret that online streaming is becoming the way of the future, and that’s no different for live sports on “TV.” Nearly 10% of millennials watch sports live on a computer or laptop, and that number is gradually rising. More and more affordable streaming platforms have been popping up to give people an alternative to cable. ESPN is already offering a new deal on their digital subscription service which takes effect on April 13th of this year. If you want to catch all of this season’s big UFC pay per view events then you will need to have this subscription—it is literally required in order to watch them. ESPN now exclusively hosts the most popular martial arts events in the world, making this online plan a must if you’re into combat sports. 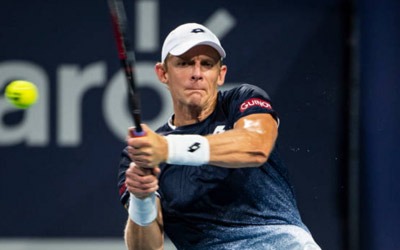 Gross but true: tennis players get a great cardio and aerobic workout, which means that their perspiration levels are off the charts. Tennis players can lose up to a gallon of sweat within one single hour. It may not seem like it if you aren’t into tennis, but it’s actually a very intense sport. Dropping a gallon of sweat is exactly the kind of dedication we want to see in sports live on TV, especially when they look like Anna Kournikova.

4. “Sport” Is a Universal Word 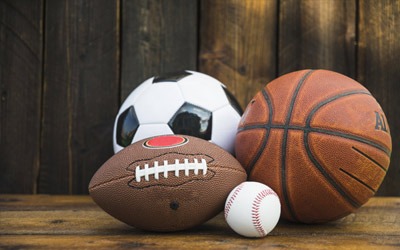 Because sports are so ubiquitous in our society, the word itself has been officially adopted by several European nations. Denmark, Scandinavia, France, Italy, Germany and others have incorporated this English word into their language to simplify communication. Many television broadcasts all around the world now say “sport”, often in place of their own language’s word for it. Not even a language barrier can stop the appreciation of this international pass time, especially with American sport leagues as popular as the NBA is in the international community.

5. Cycling, Snowboarding and Ice Skating are the Most Dangerous Sports 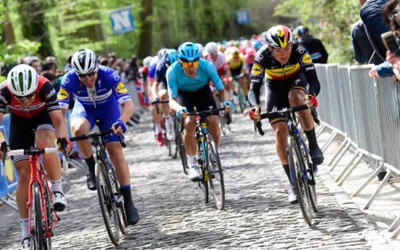 While this may be oversimplifying things a little bit, it’s still true. Bicycling, snowboarding and ice skating contribute to 50% of all sports related injuries and are the leading cause of head injuries in sports. If you thought football or combat sports were the most threatening to an athlete’s well-being then think again. A winter date ice skating in Central Park is apparently risker than you thought.

Steroids, synthetic growth hormones and a slew of other drugs have been the elephant in the room for sports live on TV for quite some time. What’s surprising though is that this has never a problem for golf, even with its multi-million dollar tournament payouts. Sure, there are probably some athletes in the PGA that have taken some sort of drug, but the simple truth is that these drugs don’t make you better at golfing. While steroids can give you an edge for building muscle and maintaining adrenaline, golf is about deep focus and finesse, which steroids can actually impair. 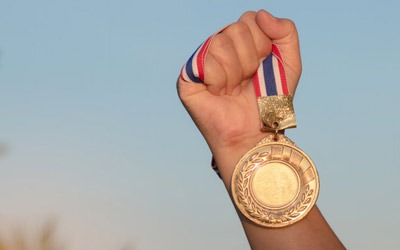 It’s kind of absurd but it’s true. The gold medals at the Olympics are only 1% actual gold. The rest is copper, comprising roughly 6%, and silver which makes up a whopping 93% of its material. It’s been over a century since gold medals were entirely made out of real solid gold, meaning that sports live on TV have never displayed a “real” gold medal. Go figure.

A great place to also watch live sports is on Hulu believe it or not! Go on and check it out for yourself!

Last, if you’ve been enjoying the first few weeks of the new NFL season, and want to support your team, head over to NFL Shop and check out all their player and team gear! 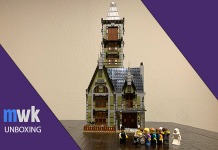 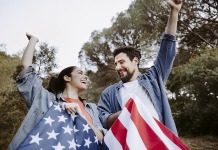 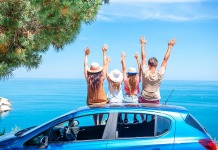